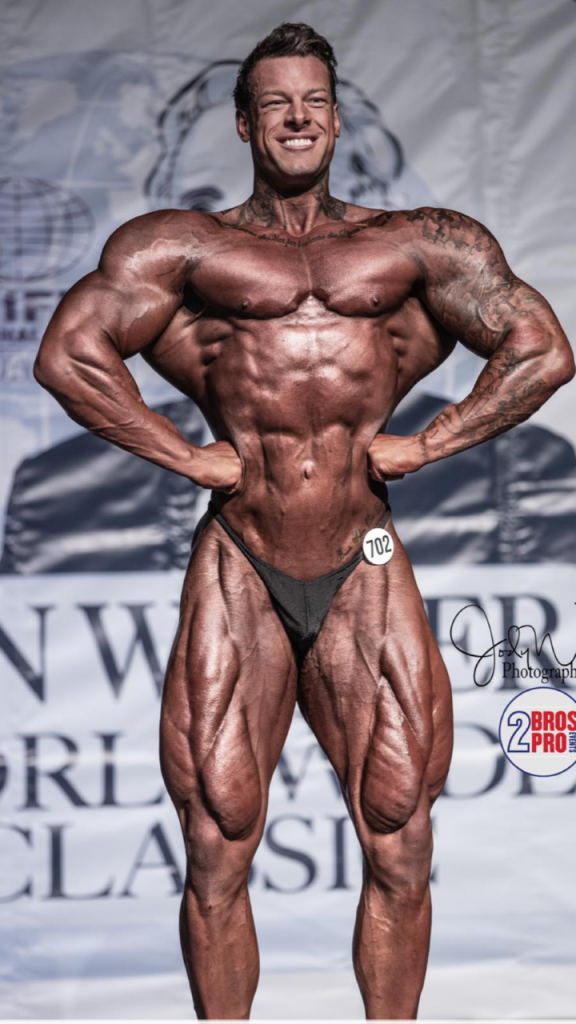 Hi there, my full name is Jamie Christian Johal but you can just call me the Giant 😉

At birth I was named Jamie BIGG, absolute true story and my Mum owes the bodybuilding world for ever changing it!

Im 33 years old so you could say one of the fathers of the group. I’ve been training since the age of 16 but was always athletic and focused on sports throughout my childhood playing football to a good standard. I think I have football to thank for the quad development 🙂

I competed in my first show in 2009 and caught the bodybuilding bug. Since then it’s been about growing and filling out this 6ft 5 frame which is still ongoing of course. The aim is by the time I next step on stage i’ll be 300lb inside out.

Last outing was September 2018 winning my pro card at the Italy San Marino Amateur Olympia weighing 285lb so I have 15lb to go. My very first outing in 2009 I weighed just 196lb so a nice 90lb increase in 9 years and we’re on the right track.

I’ve won various titles with in the UKBFF including 2015 Super Heavyweight British Championship and then a 3rd in 2016, then last year I won my class at two 2 Bros Pros events in the UK before turning pro.

Im a husband and a father, I own my own gym and run an online coaching business after leaving the Fire service in 2016 to pursue my ambition of becoming an IFBB PRO.

Being part of the team at Trained By JP is an absolute honour and i’ll make sure everyone of you get your monies worth from me. I bring full transparency, knowledge, hard work and a bit of humour to the table and look forward very much to interacting with you guys on the forums.

There is no minimum commitment, you get full access to the website and app to try for 7 whole days and can
cancel your membership anytime.